Forbole voted “No” to Proposal 23 of Cosmos Hub 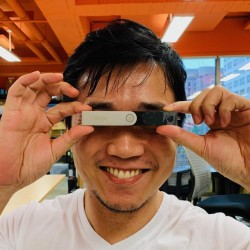 After series of discussions internally and externally, we have made a tough decision: we have voted “No” to Proposal #23 of Cosmos Hub. For the context please kindly refer to this link.

We agree that the works mentioned in the proposal is important. Furthermore, we think Gavin of Figment Networks is the best person to handle this. Our “No” is more about our view on the relationship between the community pool and the community development in Cosmos.

Before this proposal, I have raised some general questions about community pool spend. Kwun Yeung extended the post further with his concern on sustainability. You may find our post on Cosmos forum.

Not all of these questions are relevant to Proposal 23 and not all of these are well thought out. So I want to give you a few consolidated concerns which have led to our “No”.

The pool has used 10 months to accumulate to 280K atoms. If we use the man-hour rate as suggested in the proposal (31.25 atoms/man-hour), this can only support 8,960 man-hours. Assuming 8 hours a day and 20 workdays a week, the entire pool is only enough for less than 19 people to work full-time for 3 months. Spending the pool at this rate will make the pool to deplete quickly.

Since the start of the Cosmos project, many people have spent time and money without any reward. Up to now after 10 months since Cosmos Hub has launched, there are still a lot of contributing validators are not making money.

The fact that the leader of the governance working group, especially it is one of the best, most reputable and top-rank validators in the ecosystem is getting paid at such high rate will make the group looks suspicious.

We think there is a risk that middle or lower ranking validators and newcomers will disengage from the community as they may think the current environment are not fair. This is particularly probable given most of them are losing money on Cosmos Hub.

A minor issue is about the proposed man-hour rate. Let’s use Forbole as example. As an 18th out of 125 validator with 1.84% voting power and 9.5% commission, Forbole is earning around 2,500 atoms/months. At the rate of 31.25 atoms/man-hour, 2,500 atoms can only afford 80 man-hours/month of Forbole as an entire company (and we also need to pay for infrastructure and other operating costs).

We are blessed with all the support we have gotten from the community. But there are a lot of good and potentially good validators and contributors are losing money every day. The proposed man-hour rate of the proposal seems too high when compare with the current income level of most validators.

We are confident that Figment will keep on contributing to the works as proposed even without the proposed financial support from the community pool. After the proposed works have been done, this will help more people to sustain their contributions to Cosmos and eventually beneficial to every atoms holder.

We should consider to spend the proposed 5,250 atoms to 10 teammates (eg. if they are validators, those with voting power less than 0.8% which is the average of 125 validators) who will be led by Figment to operate the working group. By doing this, the community pool can help more contributors to grow which will help the decentralization of Cosmos Hub and ultimately the price of atoms.